25 of the Best Animation Movies That You Have to See!

Watching animations has been one of my favorite things to do since I was a kid and up until now. They carry so much comedy, drama, action and even beautiful life lessons for both kids and adults.  I think it's hard for anyone to get completely tired of animations, in my opinion. So, today we're talking about some of the best animated movies that you should see.

8 Life Lessons I Got From Watching Disney Pixar's Soul 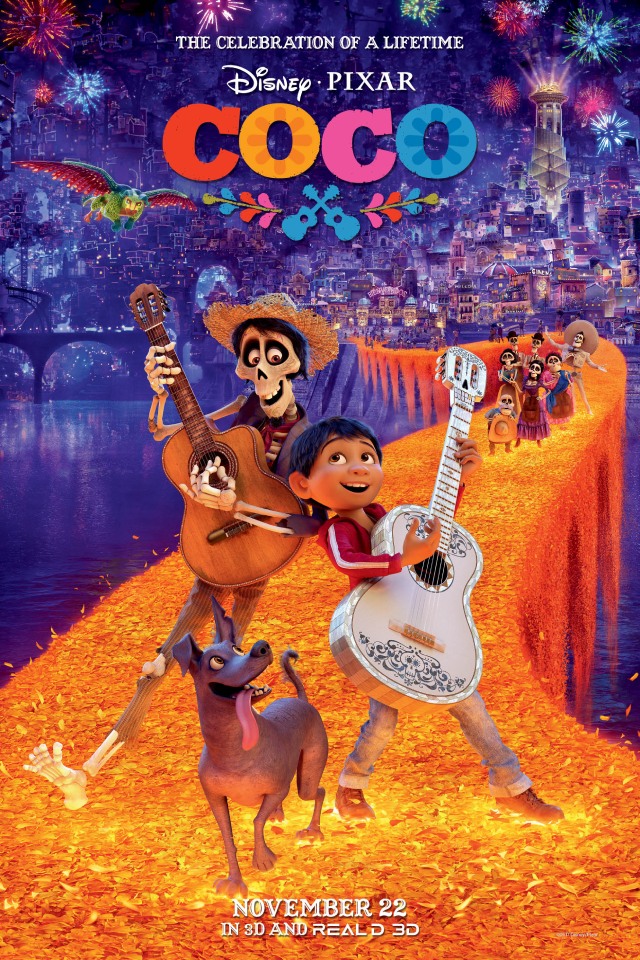 Coco is about Miguel, who loves music and dreams of becoming a famous musician and singer, which goes against his family's rules. But something happens and he finds himself in the land of the dead, meeting his favorite musician and he begins finding out some interesting information. 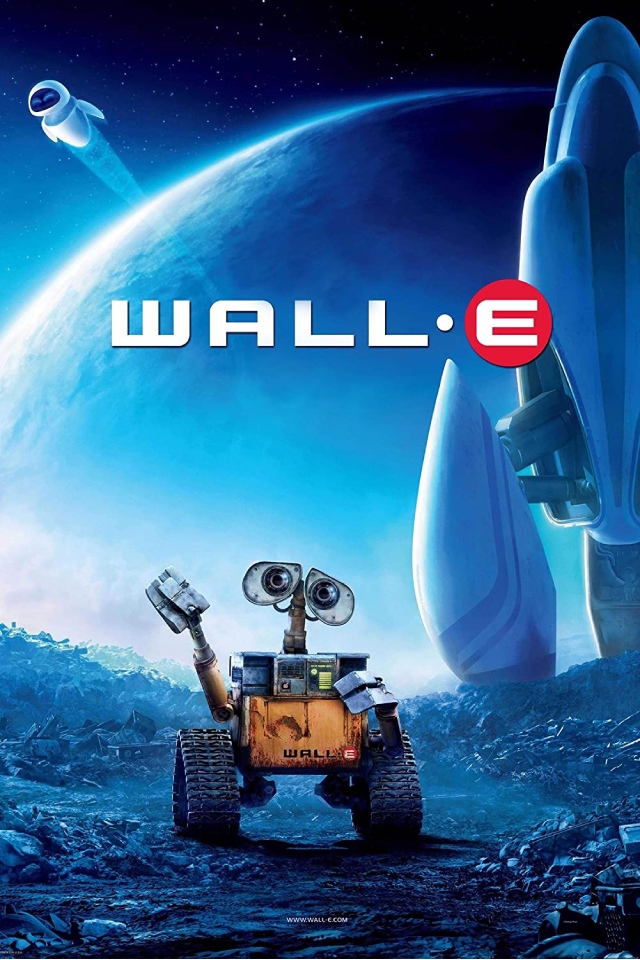 A classic and beautiful animation depicting planet Earth in the year 2805, where it's covered with rubbish and humans decide to leave because of pollution and live on a spaceship. The robot Wall-E works on cleaning earth until a robot, Eva, is sent to search for a trail of plants and she and Wall-E embark on an adventure of love and saving mankind. A heartwarming and important one to see.

27 Addictive Netflix Series to Watch When You're Stuck at Home 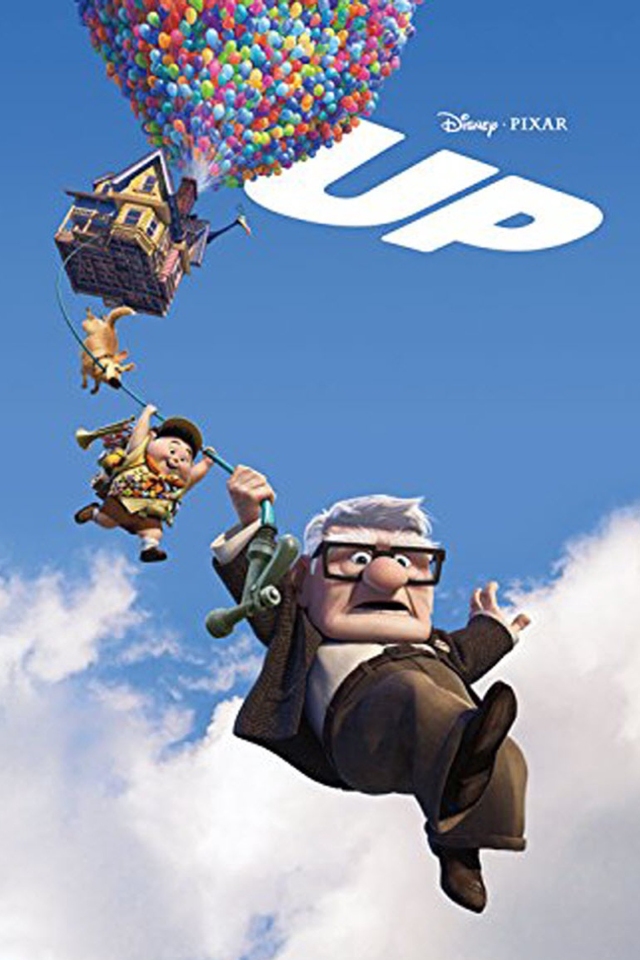 A beautiful and emotional movie about love and adventure. The deep story is about an old man named Carl, grieving the loss of his beloved wife and fighting for his home by traveling with it via Helium balloons to his late wife's dream travel destination. 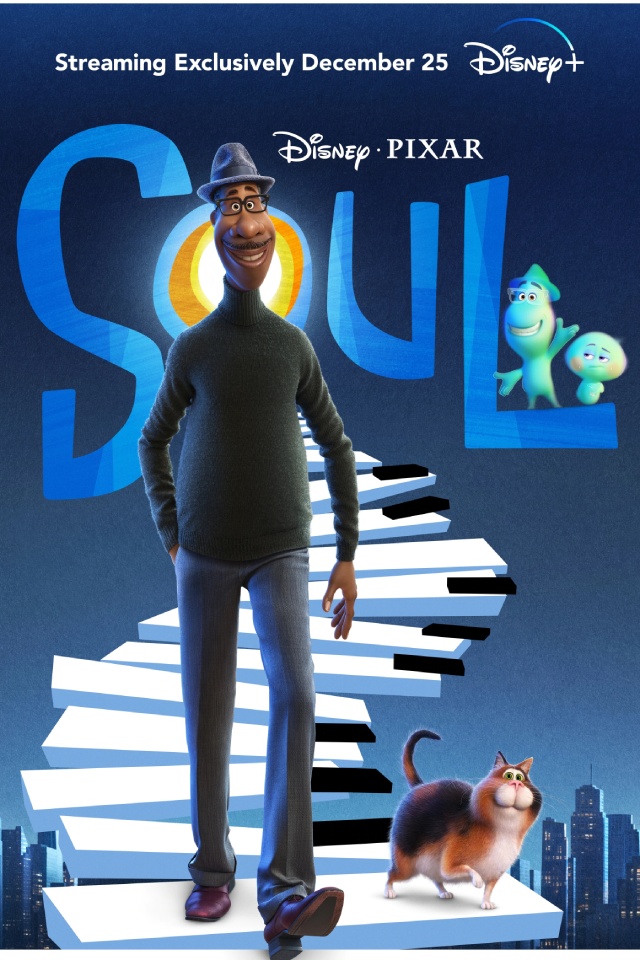 One of the recent releases that also portrays a very deep and meaningful story. Joe dreams of playing piano with a famous band, but after an accident, he finds himself living only as his soul in a different realm, where he learns a lot about life and happiness. 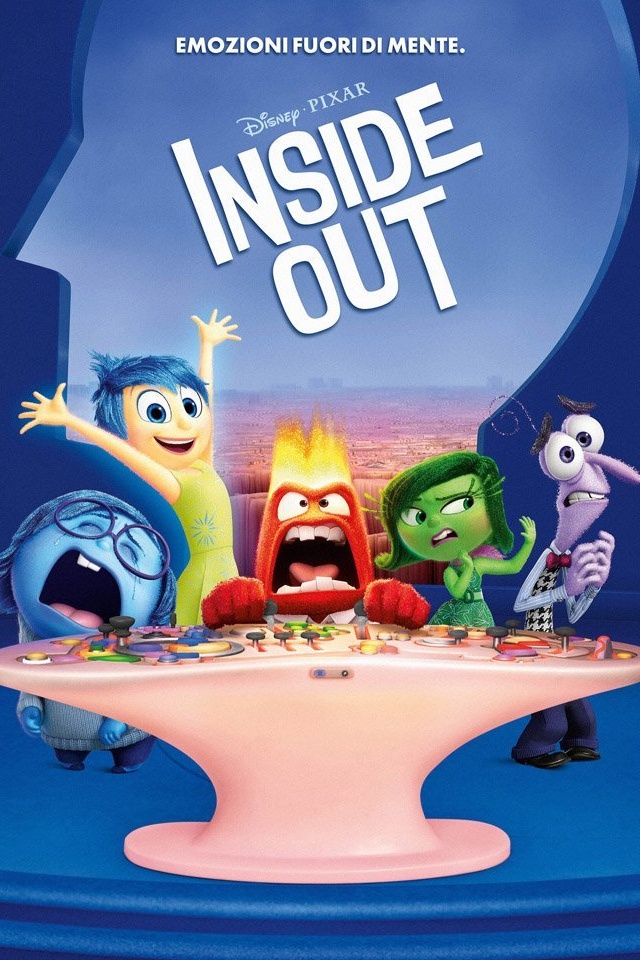 A brilliant animation with a very interesting and creative concept. We get to see the main character Raleigh experience life through personified figures of her emotions; joy, fear, anger, sadness and disgust, and how her life could be with the absence of one of those feelings.

6. How to Train Your Dragon 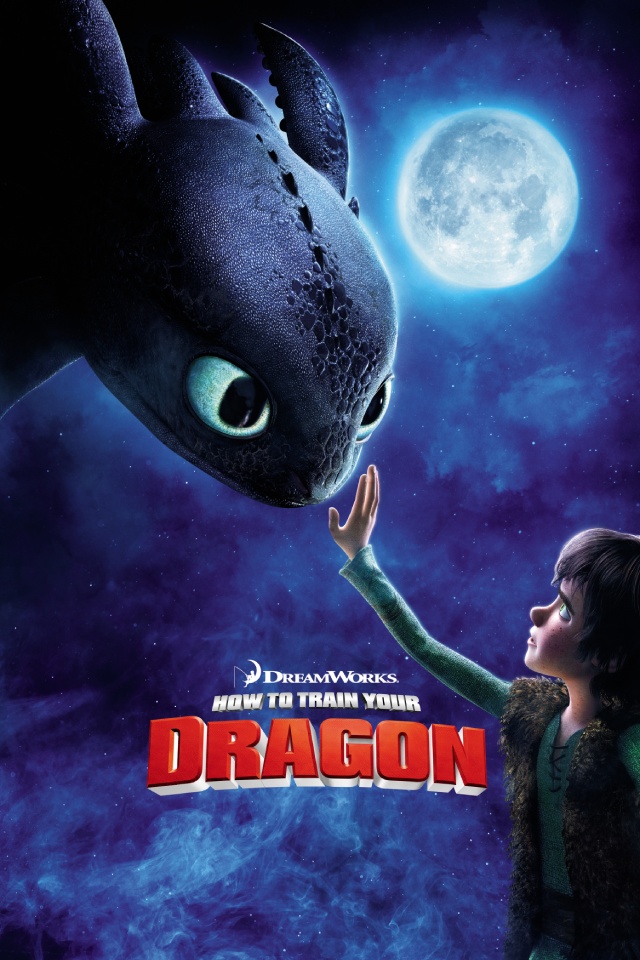 A teenage Viking tries to kill a dragon, but instead manages to develop a strong connection one and discovers a lot about dragons and his tribe. A funny and interesting animation that is loved by many with sequels. 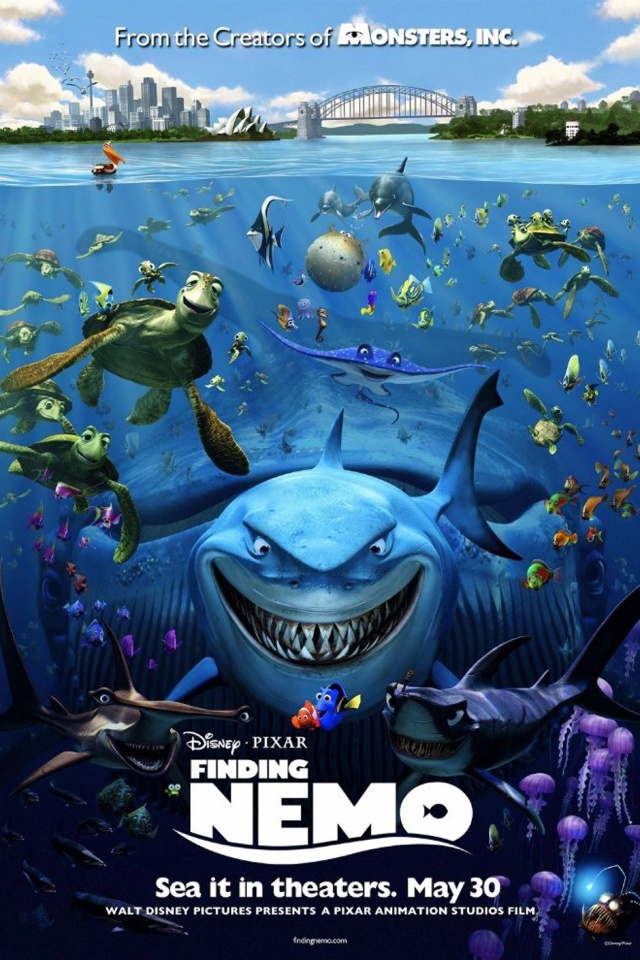 Now, an unforgettable classic that we all have a soft spot for. Nemo, a clownfish, just joined school but gets lost in the pacific ocean and captured by humans. His father goes on journey doing everything he can to bring back his son. A hilarious and incredible animation that is a must see! 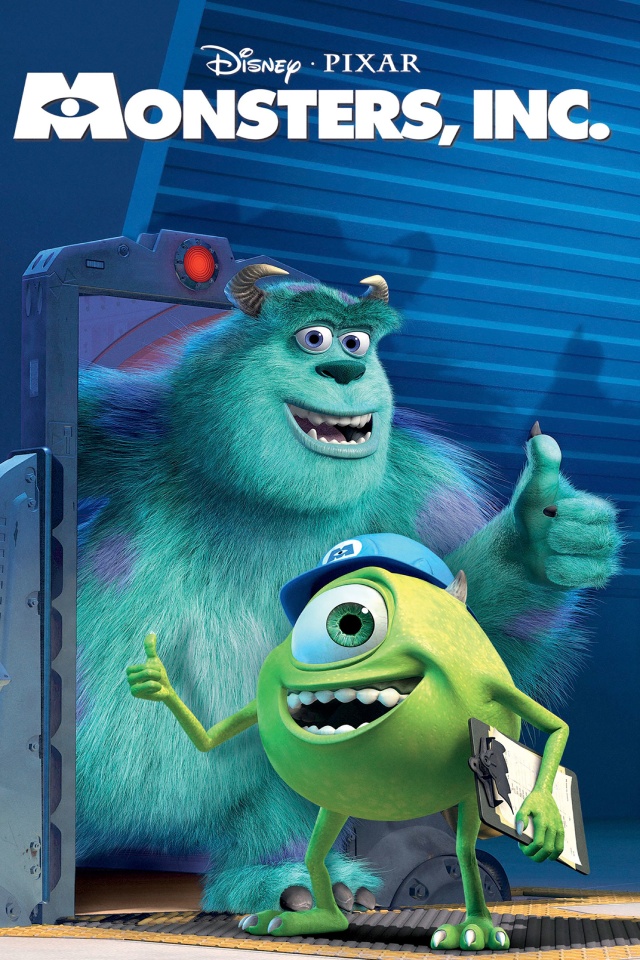 One of the best and most popular animated movies is Monsters, Inc. It talks about a city of monsters that uses human cries as a source of energy. Monsters, Sulley and Mike are scarers but things take an interesting turn when a little girl accidentally goes into their world.

How to Help Your Children Cope Through Your Divorce 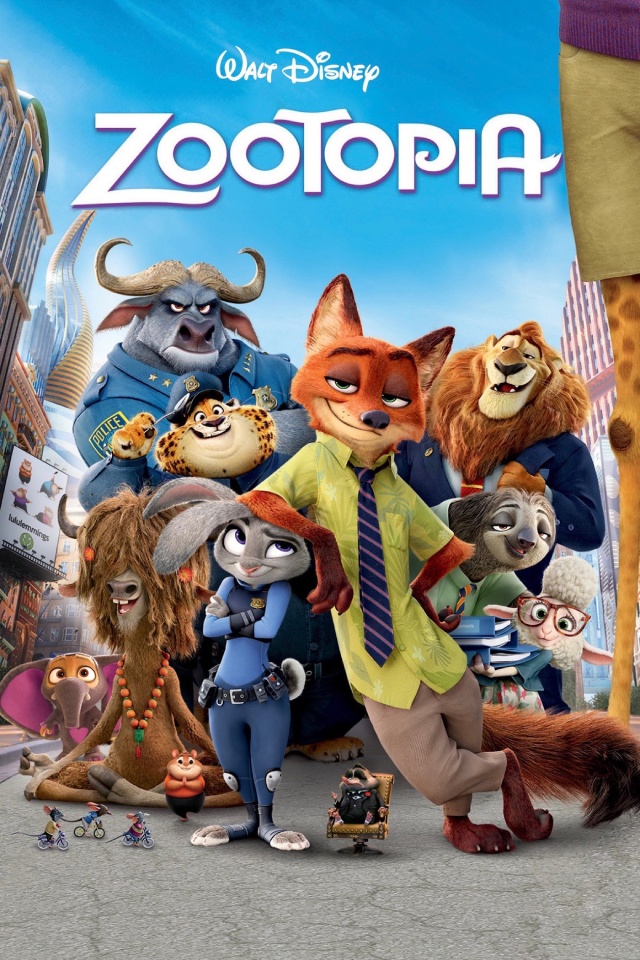 A Rabbit, Judy, wants to work as a policeman and investigator, but works in the traffic. She discovers the disappearance of an animal in the city and tries to solve the case by going on a mission with a con artist fox. 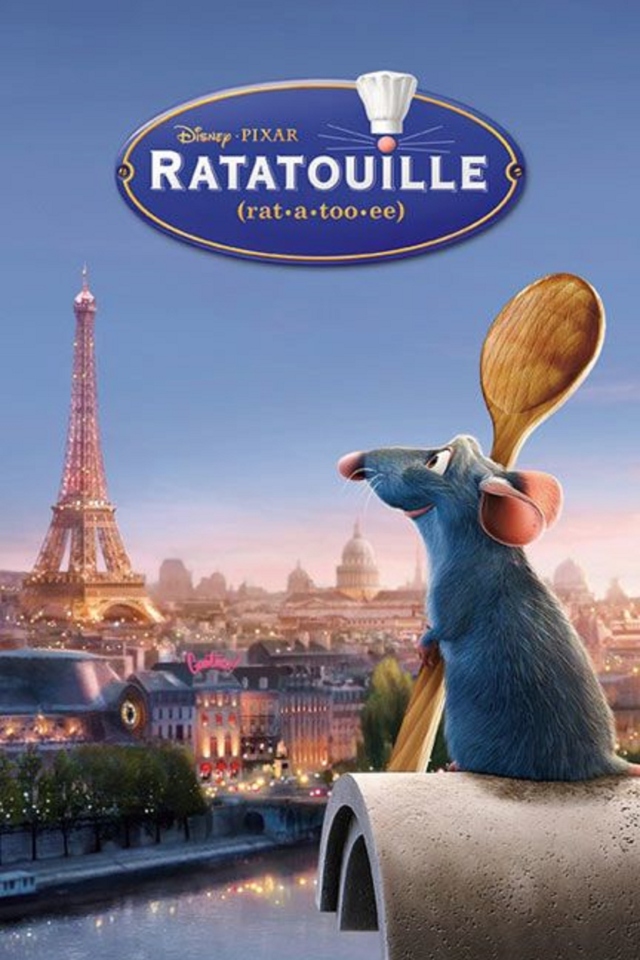 Culinary lovers adore this movie. A funny and beautifully done animation about a rat named Remy. He has a strong sense of smell and idolizes famous chef Auguste Gusteaut, which leads him to a famous restaurant in Paris where he leads and guides a young man, teaching him how to cook in the kitchen. 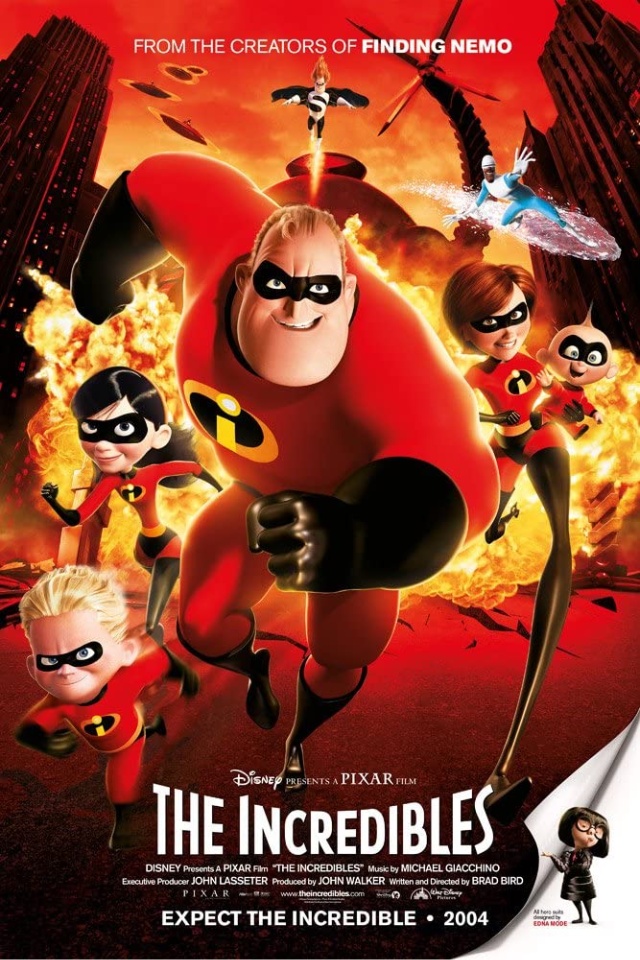 A funny and adventurous superhero animation about Mr. Incredible and his family who want to save their city from villains but new laws stop them from doing so. 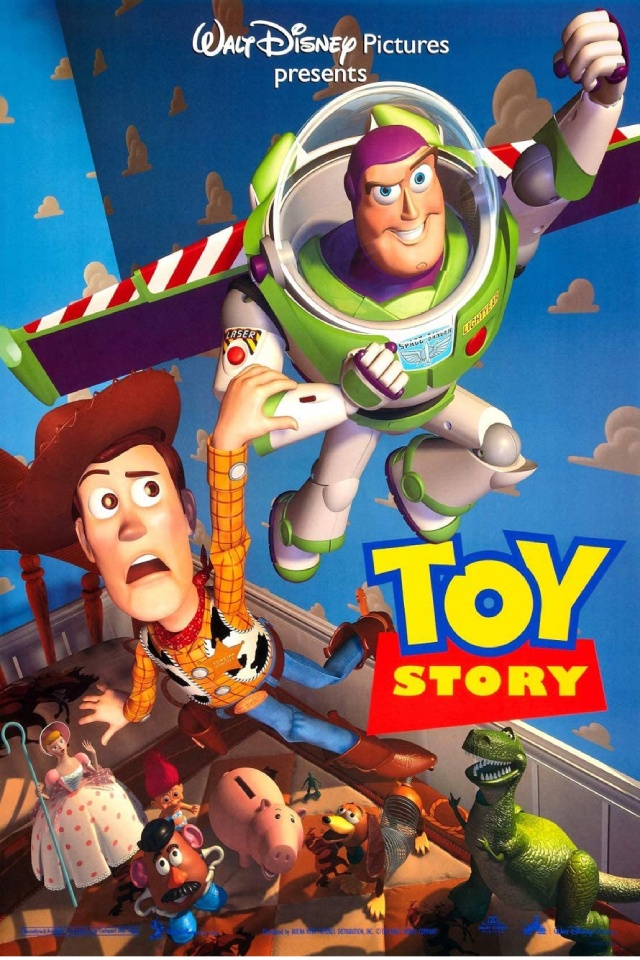 The iconic Pixar classic will never get old. Who doesn't love the story if Andy and his toys, that come to life when humans are not present. It is actually the first entirely computer-animated feature film, released in 1995. 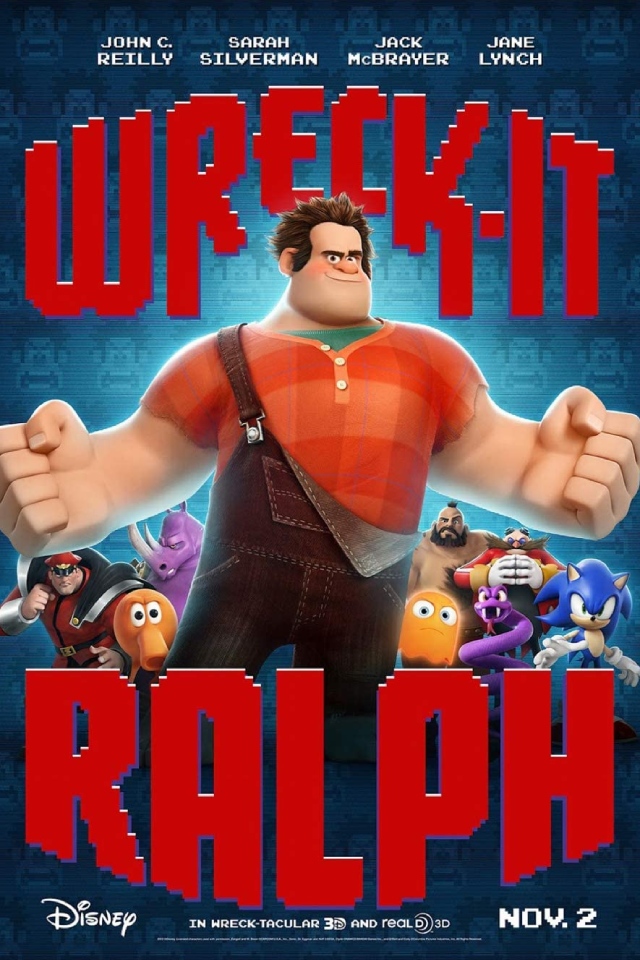 A story of the classic video game Wreck-It Ralph, who was made to demolish and destroy  buildings, but decides to quit his job and become a hero instead. But all this changes after meeting Vanellope, whom he helps with fulfilling her dream of winning in car racing. 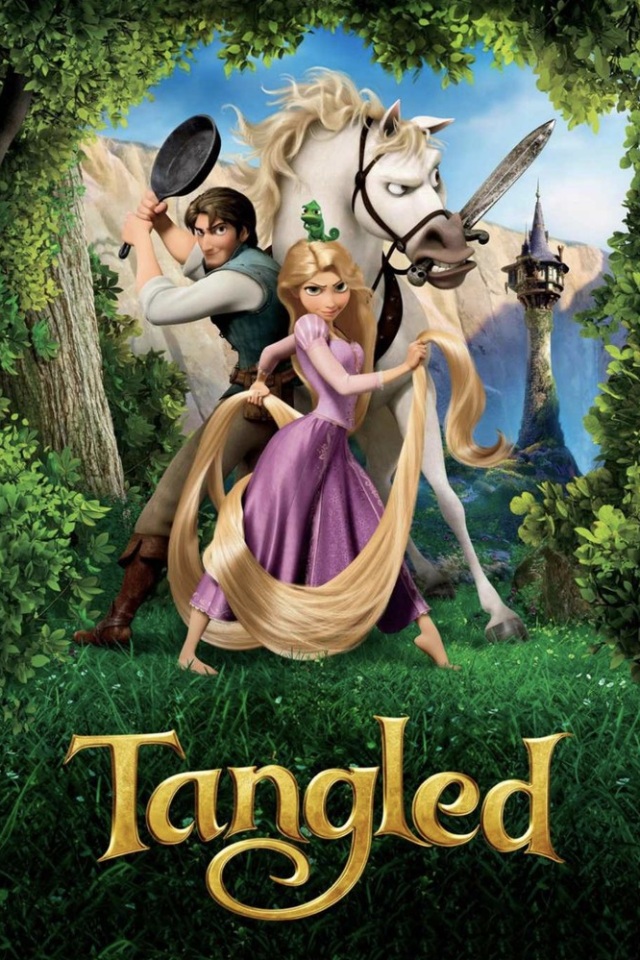 Rapunzel has incredibly long hair that has an extraordinary ability to heal wounds and bringing elderly their youth back. She's stuck living in a tower with her overprotective mother, but she falls in love with a thief, who helps her escape. 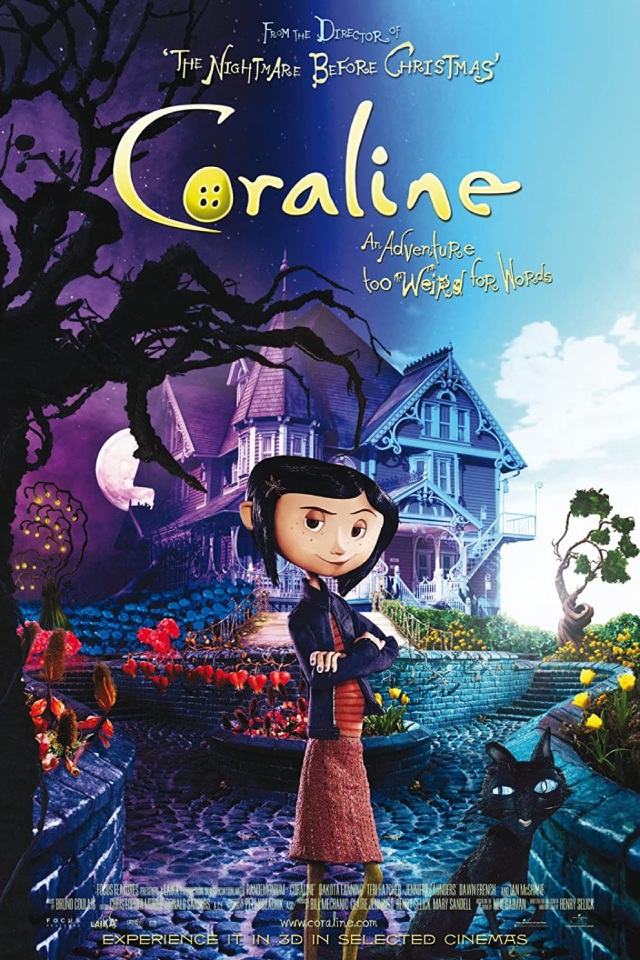 A girl moves into a new home but finds herself alone because her parents are busy with work. She discovers a secret door in the house that takes her to another world with different parents who want her to live with them forever, but in exchange for something really important. A darker and scary animation playing on 'Be careful what you wish for...' 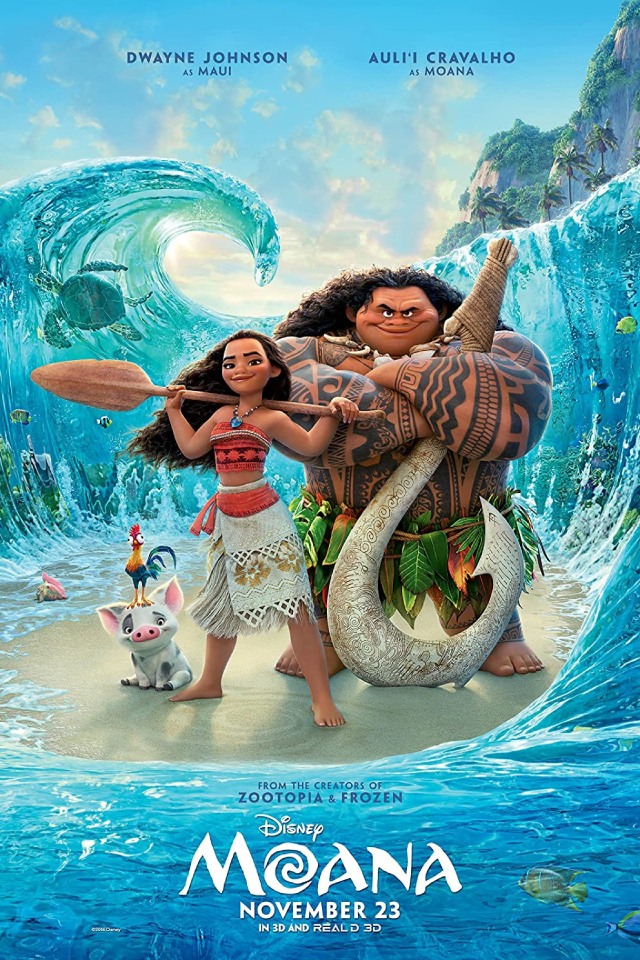 One of the most popular and important animations of our time. Moana, daughter of a tribe leader, is chosen to return the heart of a goddess from Maui, after the plants and the fish on their island start dying due from a disease. 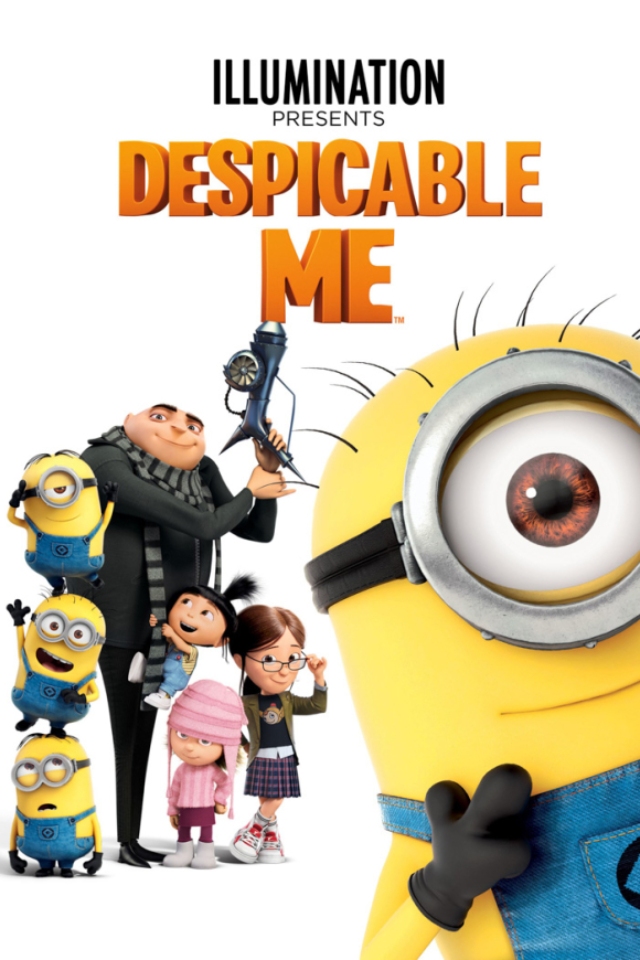 The groundbreaking animation and beloved minions started here with the first film starting us off with the story of Gru, famous for his crimes, who decides to steal the moon by reducing its size,  with the help of three children he adopted. If you haven't seen Kung Fu Panda yet I recommend you watch it, i's really cool. It's about a panda who works as a noodle cook, but dreams of meeting famous Kung Fu heroes. He accidentally gets chosen as the Dragon Warrior and must learn and train to save Valley of Peace. Ice Age is one of the most popular animated franchises out there. Earth on the brink of an ice age brings a sloth, tiger and mammoth on many hilarious adventures. 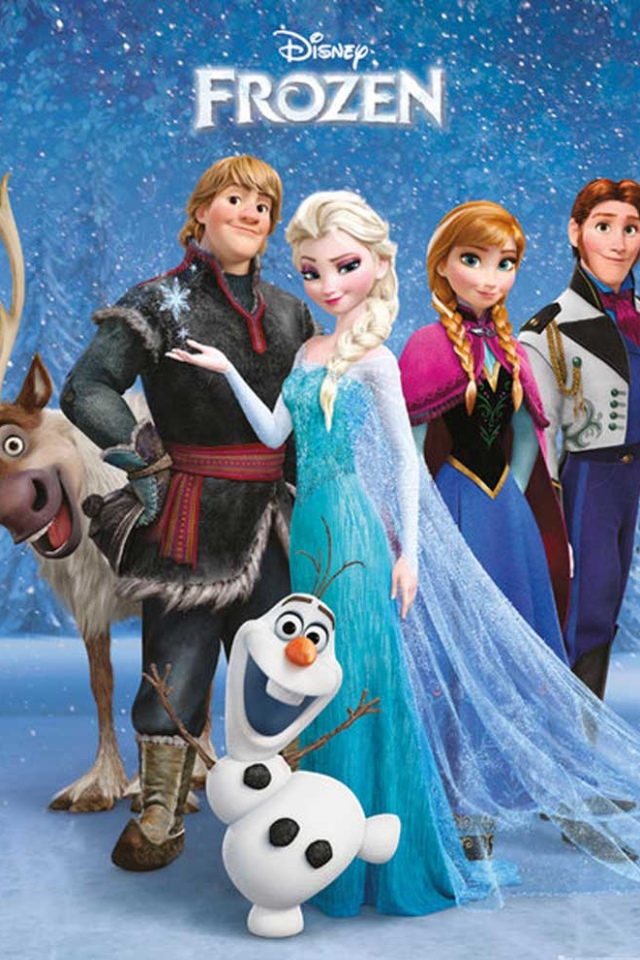 There is probably no one you know who has not seen or heard of Frozen. It is personally a favorite of mine. With its incredible soundtrack and amazing characters, it tells the story of Princess Elsa and Anna, whose father dies. Elsa is about to be crowned but she loses control of her secret powers and must run away after accdentially cursing the city with an eternal winter. 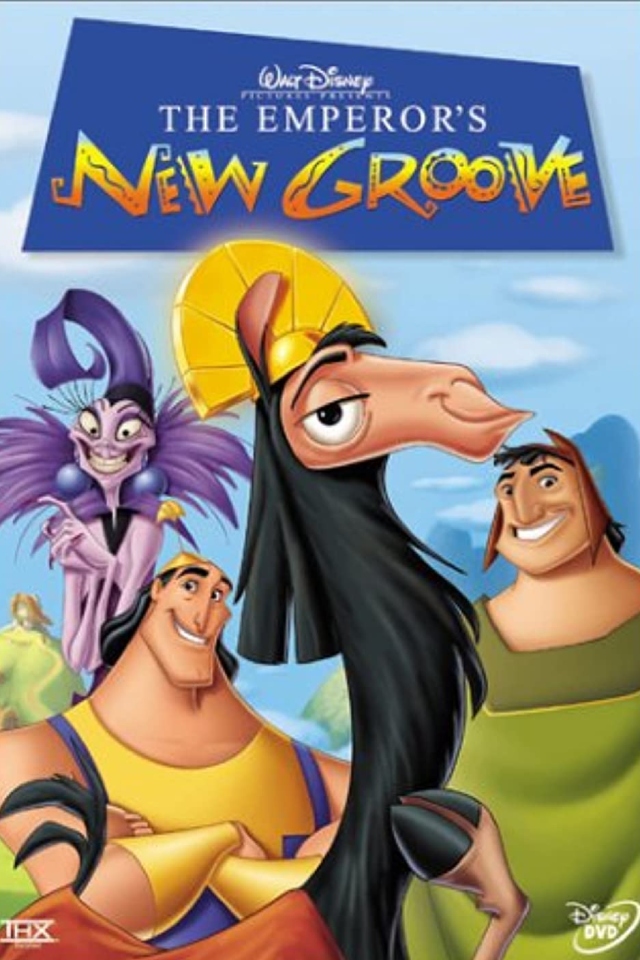 Although this is an older one, it is really amazing and loved by many. Emperor Kuzco cares only about his self pleasure. He gets turned into a Lama by his ex-administrator Yzma and attempts to get back his throne. 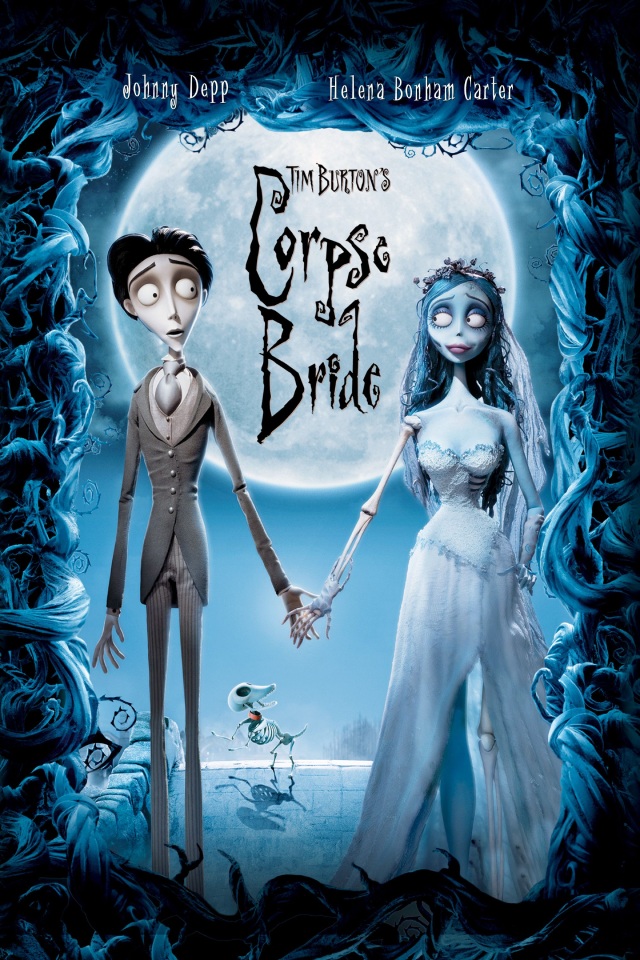 An animation by Tim Burton, tells the story of a shy young man who goes to a forest on his wedding night to practice his vows, but he accidentally marries a skeleton bride... 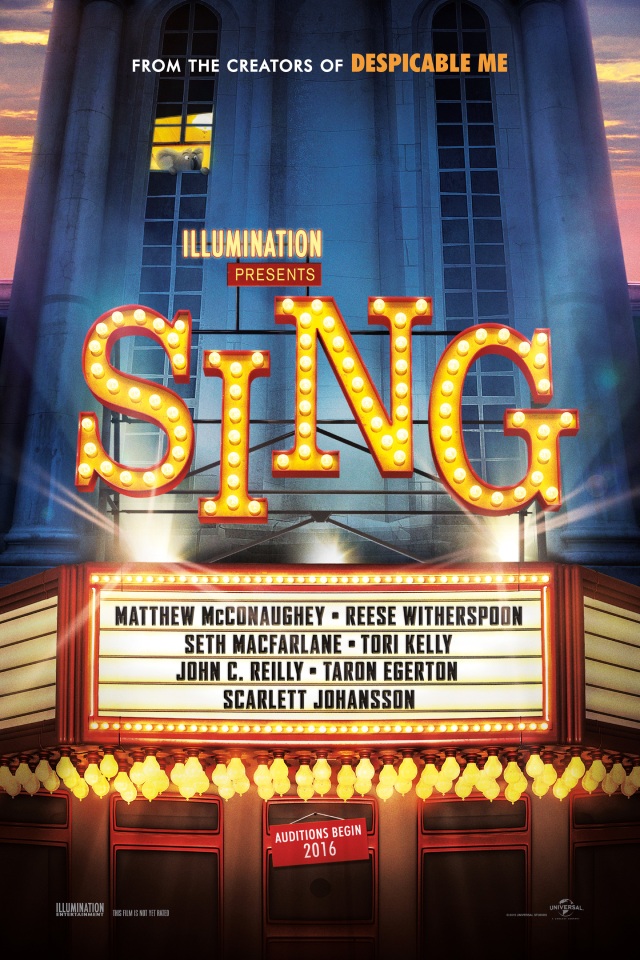 Buster Moon wants to save his theatre from closing down, so in order to revive it and attract audience he organizes a competition for young singers. 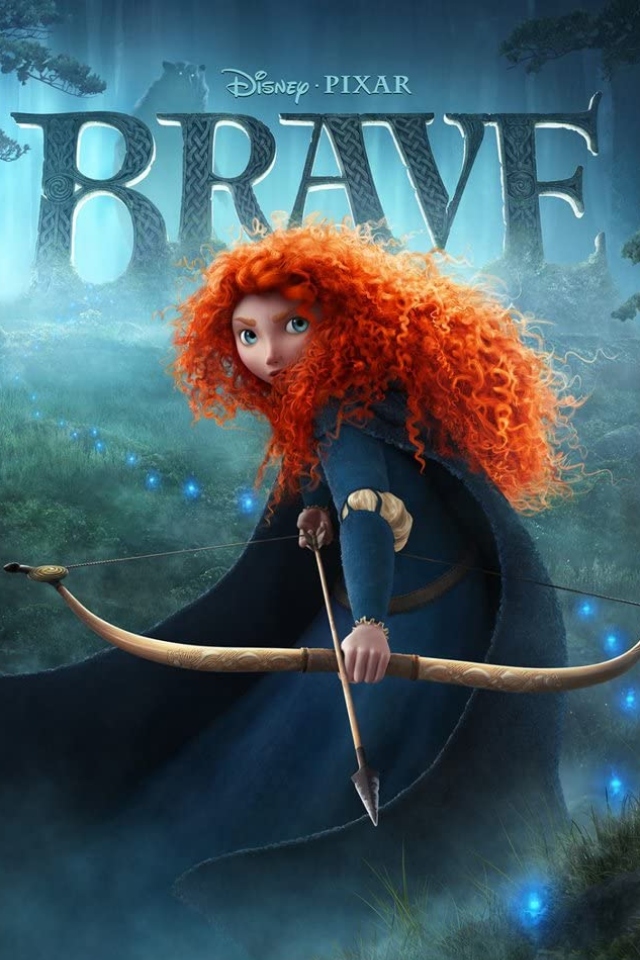 Princess Merida, is forced by her mother to marry the son of a king in order to unify the kingdom. She looks for a spell to change her fate but now must use her bravery and skills to undo a curse. 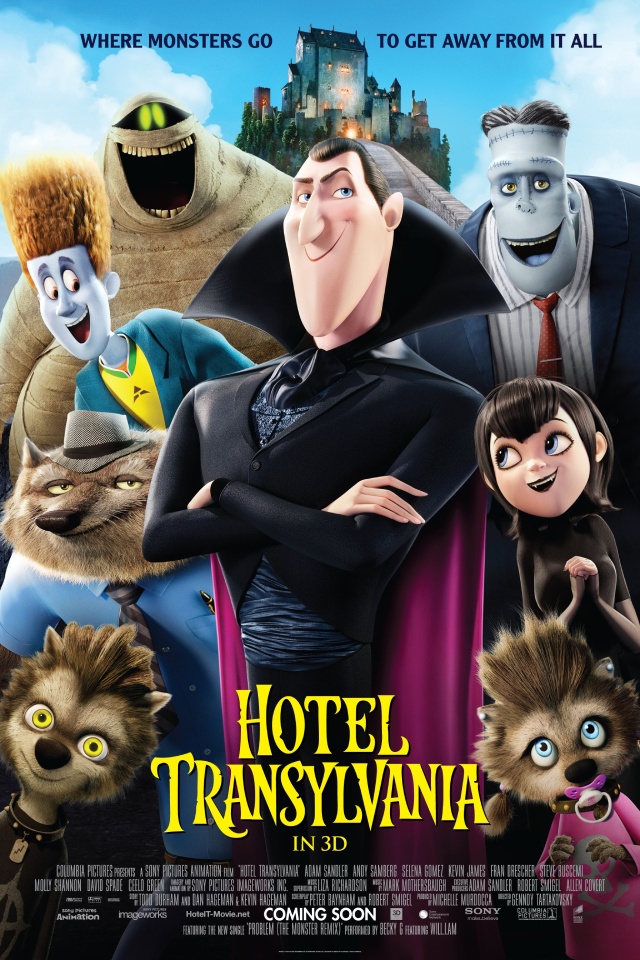 Have you ever heard of Dracula? Today it's a little different, as he owns the Hotel Transylvania where monsters stay. On his daughter's birthday, he throws a party, but she gets close to a young man, which her father doesn't approve of.

8 Life Lessons I Got From Watching Disney Pixar's Soul →

What Is Your Social Media Personality? →

What Kind of Movie Watcher Are You? →

Mai Atef At a young age, she fell in love with fashion and writing, it was her favorite way of expressing herself. As soon as she finished her studies, she started working in journalism, writing about everything that had to do with women. She loves looking at the latest runway shows as she listens to old French music, which is a major inspiration for her writing.