Scroll down to the gallery to see more GFF red carpet looks... 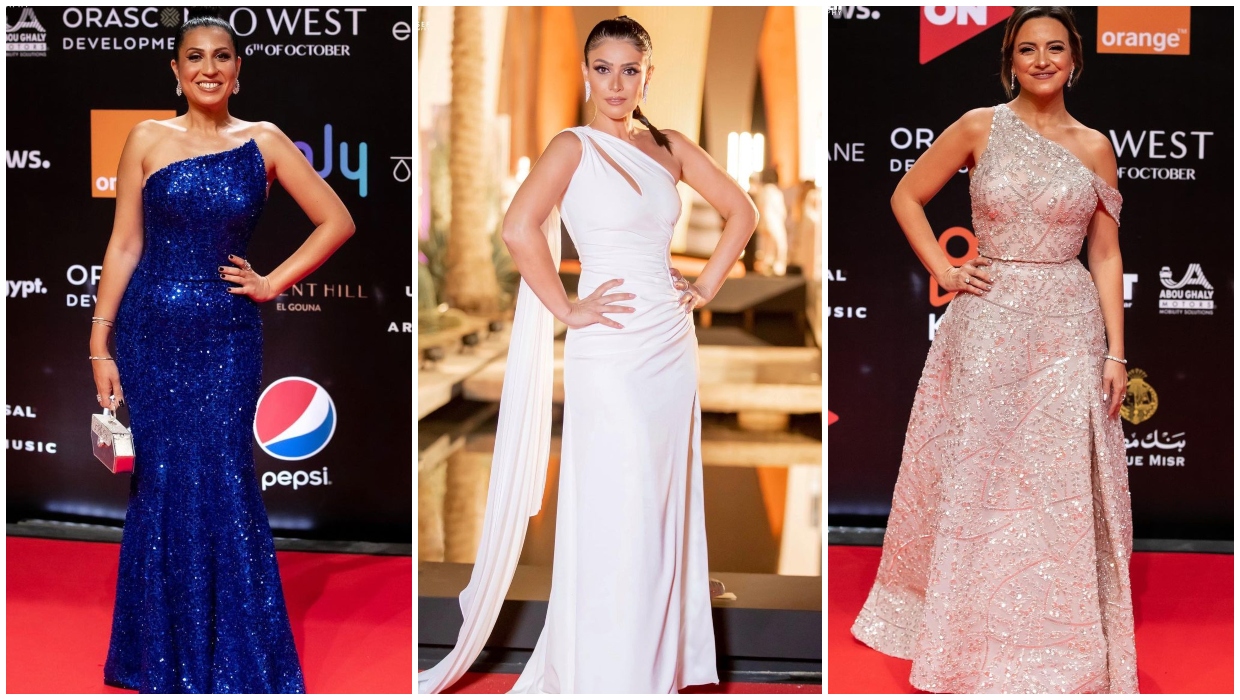 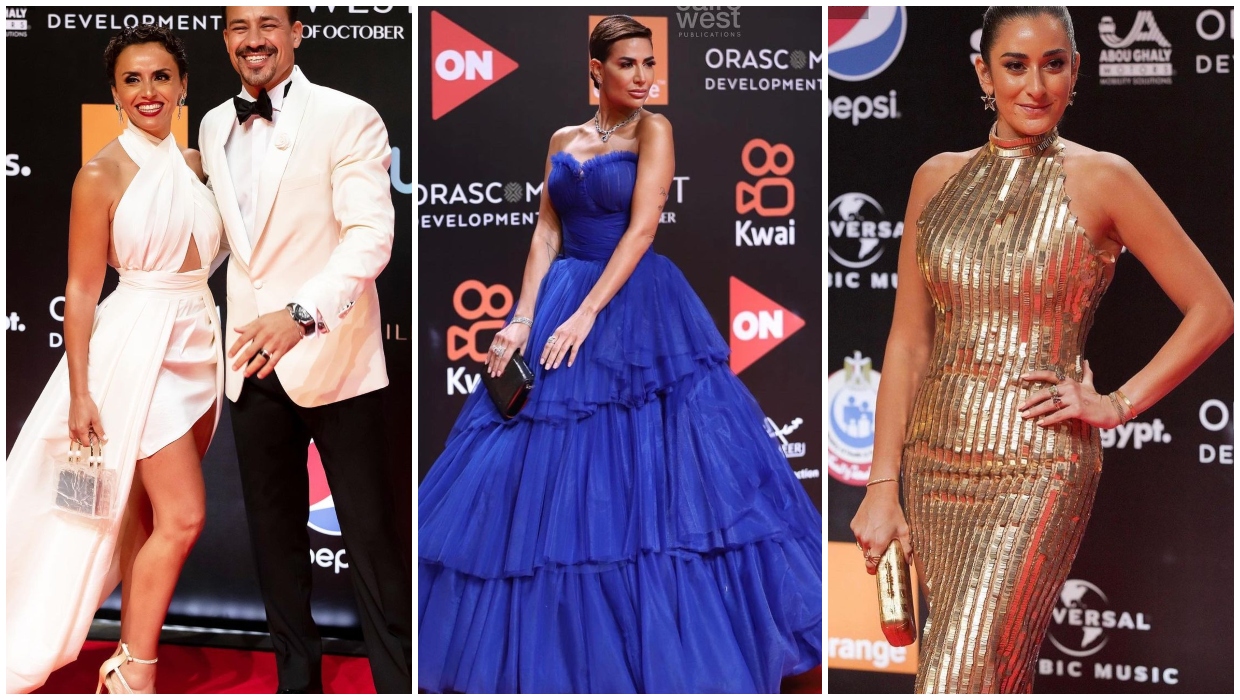 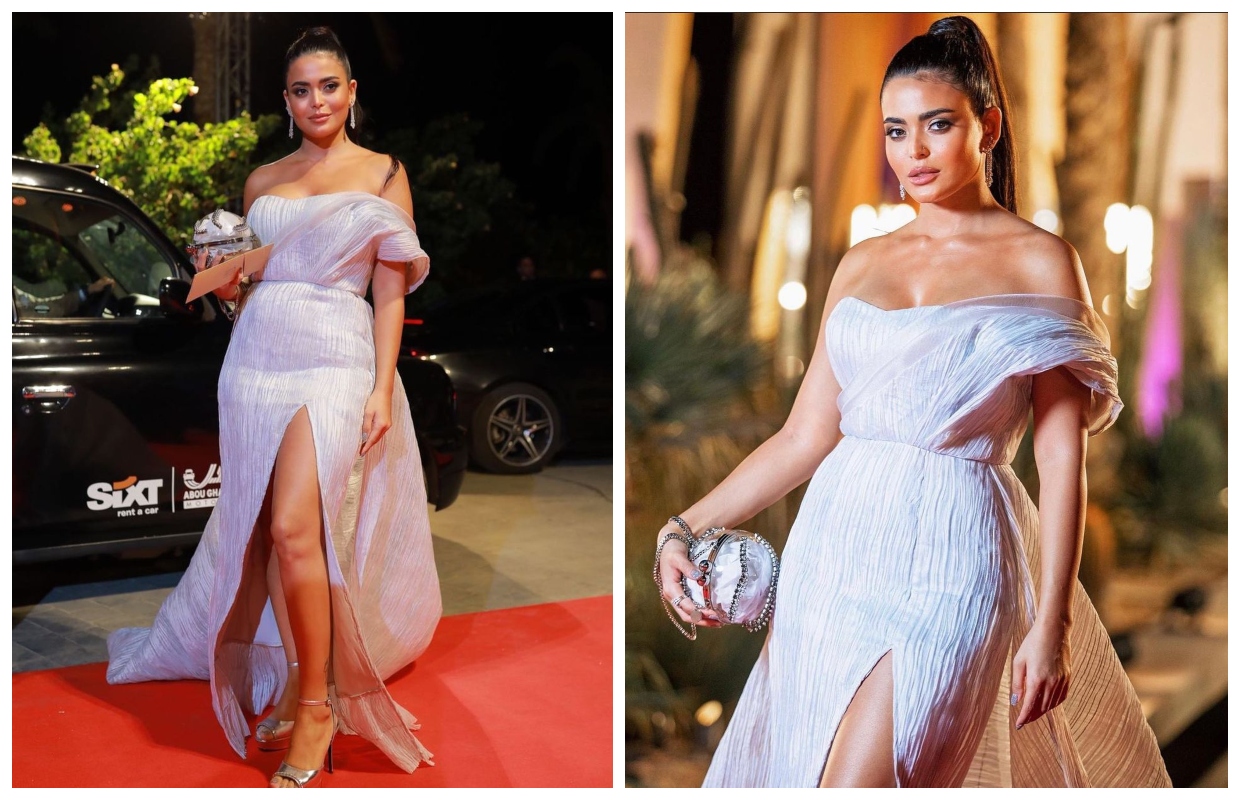 As usual, fashion designer Dina Shaaban, her outfits always tend to be simple and elegant. She is not interested in being present as much as she is interested in presenting distinctive designs, so this year we see the young artist Asmaa Galal shining in a dress by Deana Shaaban, which complimented her figure very well and she looked so elegant. 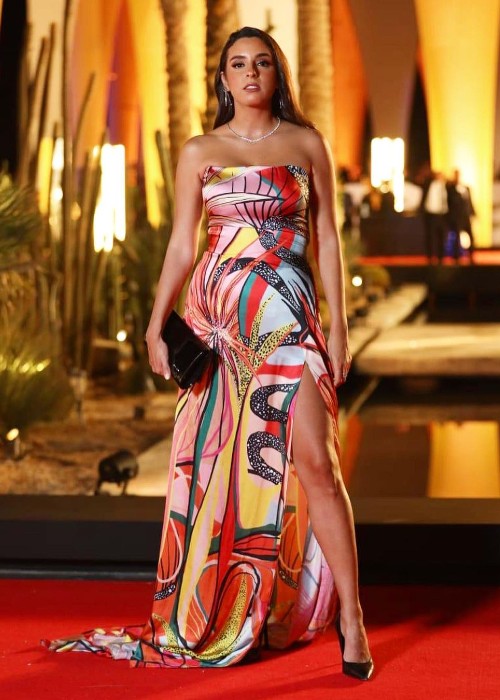 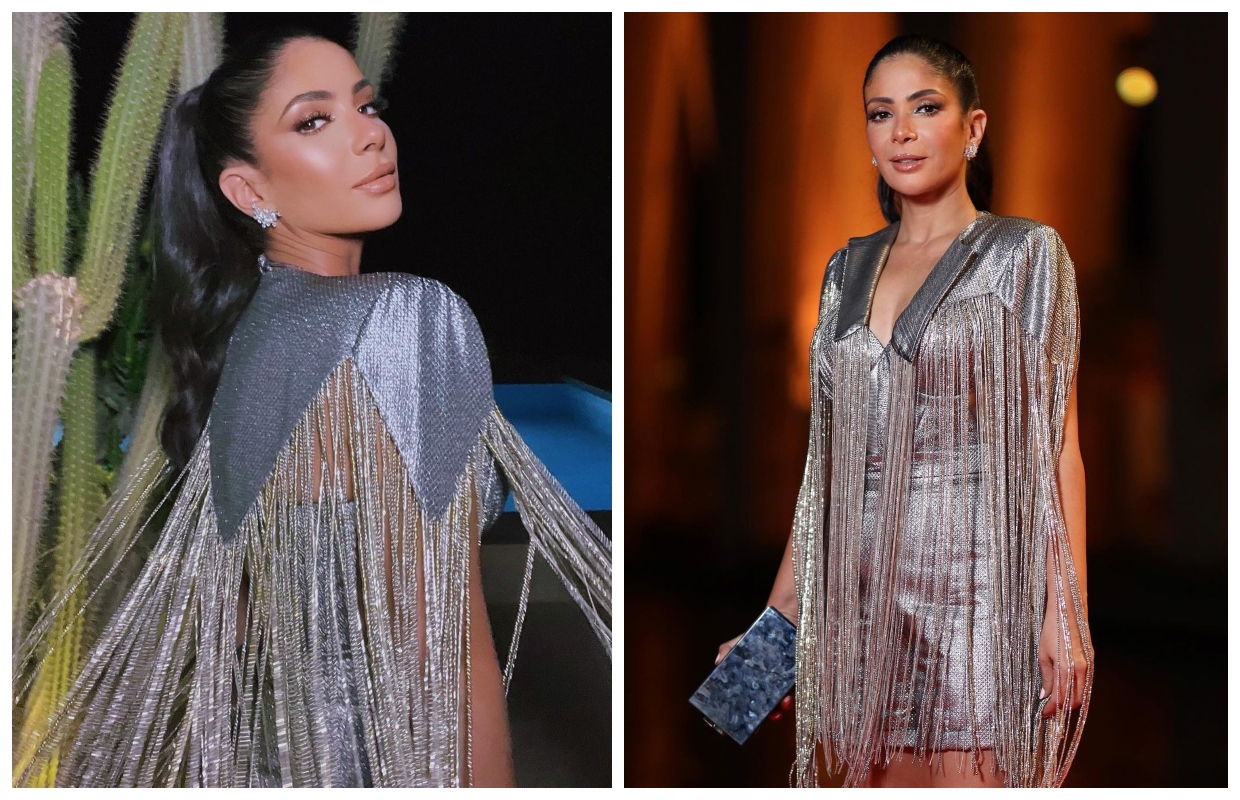 Fashion designer Yosra El-Barkouky managed to grab the attention of her brand Yosra El-Barkouky when  Mona Zaki appears in an attractive silver jumpsuit, the fringes gave her such a fun fresh look that suited her perfectly.

Oscars 2021: Genius Fashion Tricks You Might Have Missed From the Red Carpet 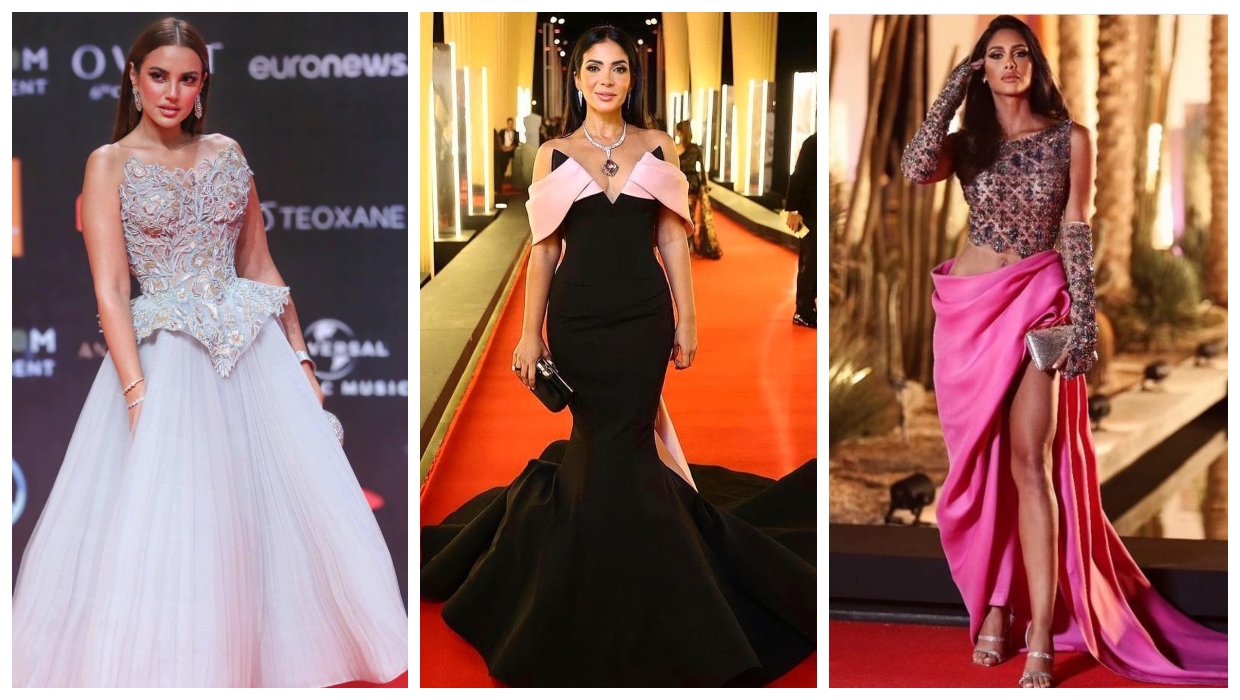 Yasmine Yahya strikes again with very elegant and chic looking gowns that fit each actress who wore her designs perfectly. And the fact that each design was unique on its own, demonstrated how versatile Yasmine Yahya's designs are. 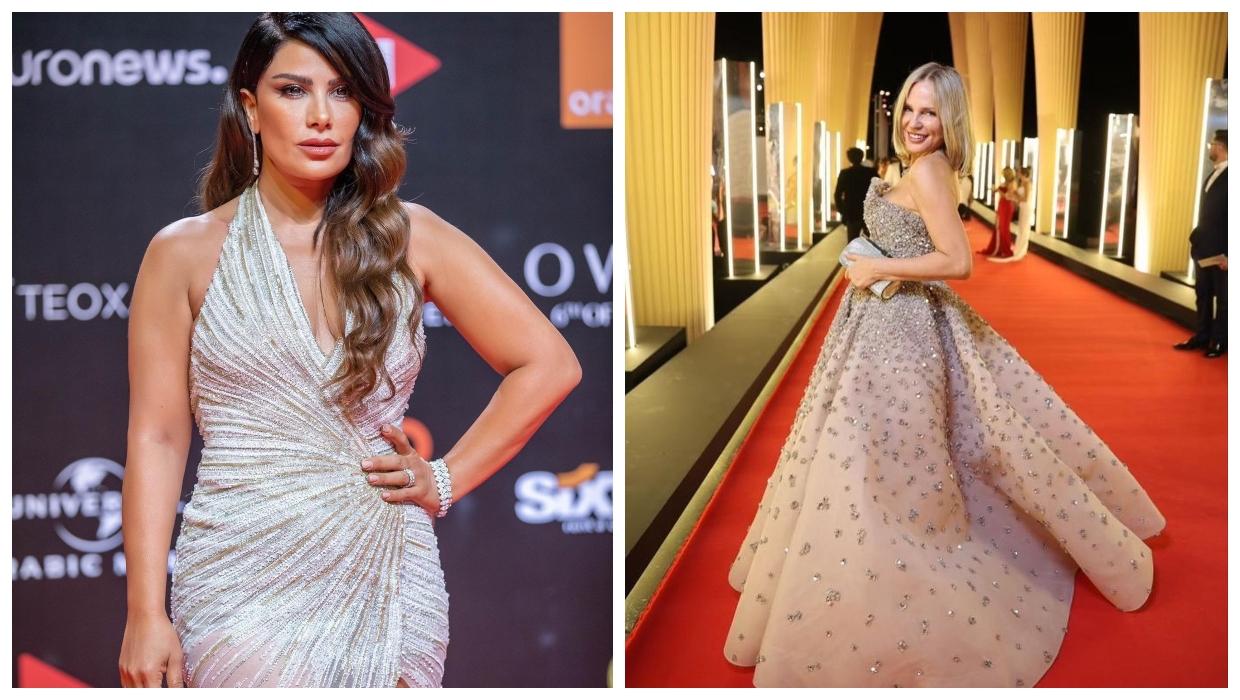 6. Maison Farah Wali is making a name for herself at El Gouna Film Festival 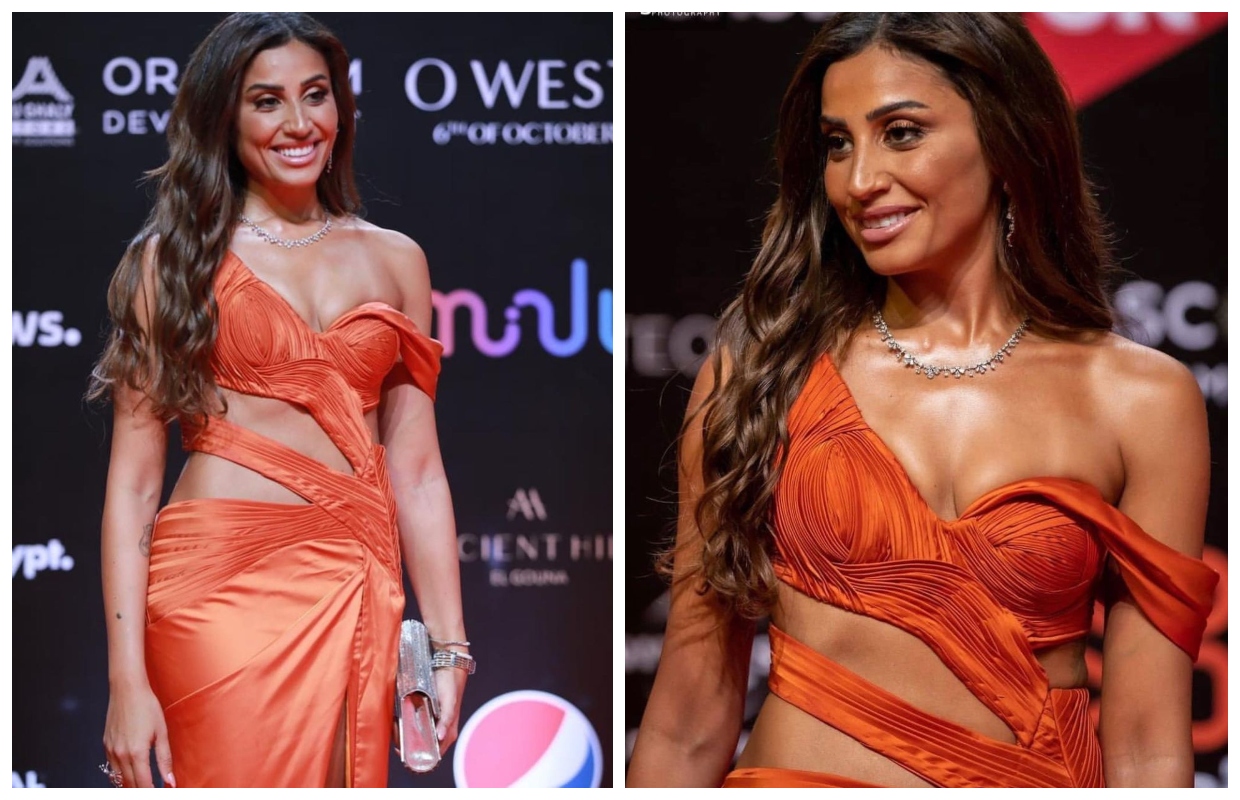 I remember very well two years ago, I had the honor to interview the young fashion designer Farah Wali. You can tell how much she had a huge passion for what she does. And seeing her achieving her dreams in the world of fashion and this year making her way to the Gouna Film Festival with a dress designed by her and worn by the star that we all love Dina El Sherbini. 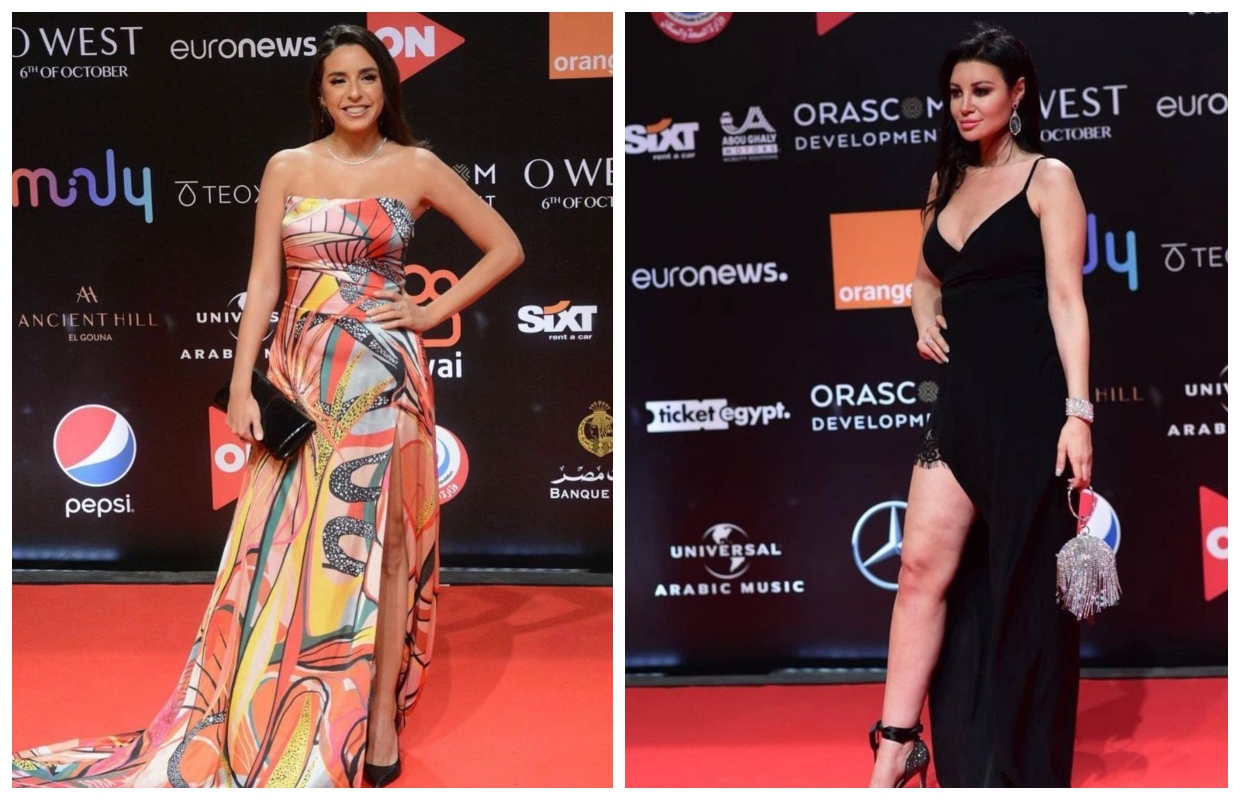 Darjee's fashion house has made a name for itself by designing and producing your dress in a matter of a day or two. This year at El Gouna Festival, we saw a couple of celebrities wearing their designs. We love seeing Darjee on the red carpet, and we hope to see more of their designs in the future.

We cannot deny the importance of accessories and jewelry for red carpet looks. So just like we love to talk about the dresses, we also like to give jewelry and bags their turn too... 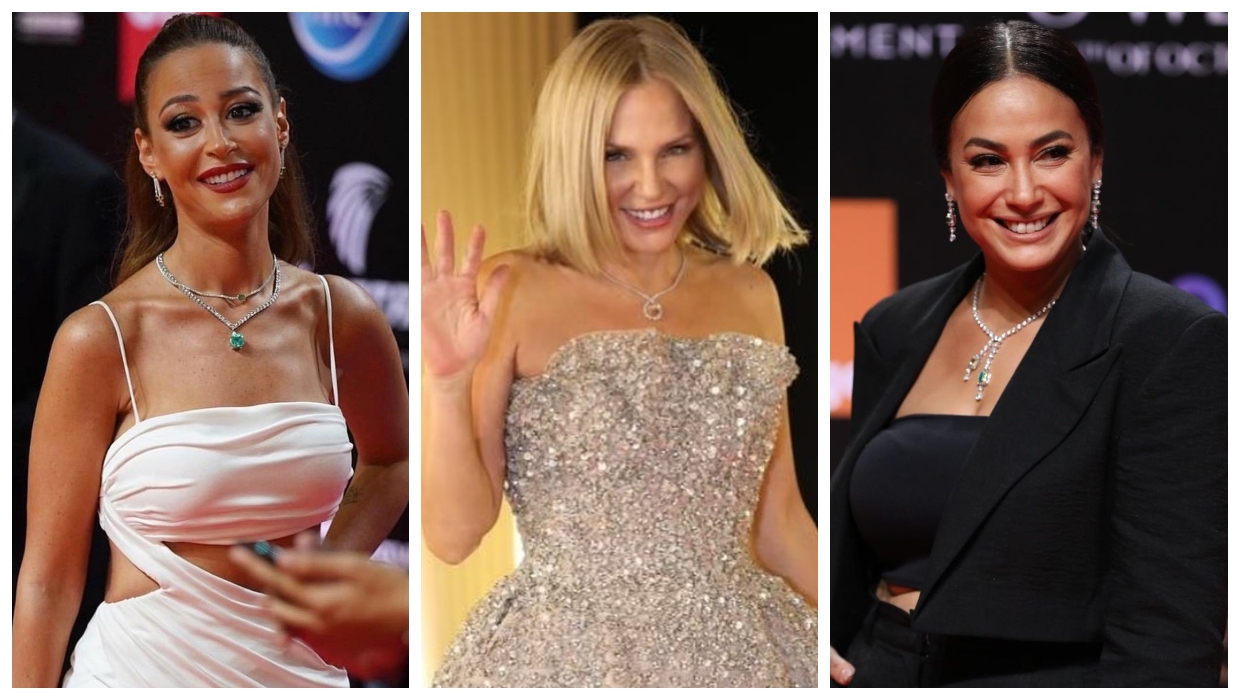 Tres Hermans jewelry never ceases to amaze us with their diverse designs that we adore all the looks of the stars, whether in the form of earrings, necklaces, or rings, the majority of which were all set with precious and luxurious stones. Among the most prominent stars were Sherine Reda, Hend Sabry, Menna Shalaby, Amina Khalil, Jamila Awad, Engy Kiwan, and others. 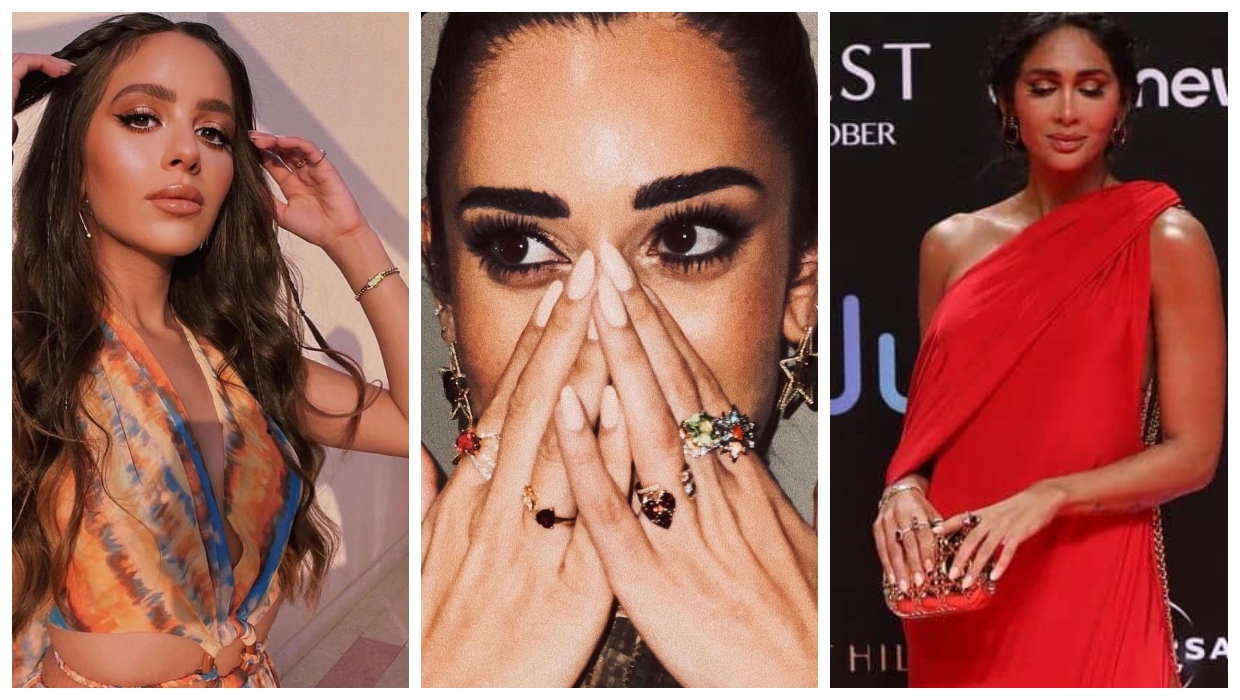 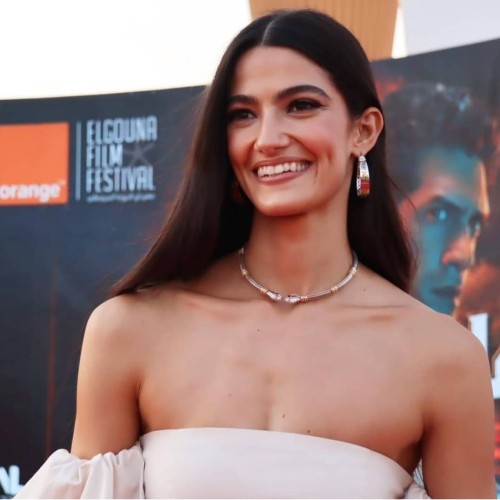 El Gouna Film Festival's red carpet isn't complete without seeing glimpses of Azza Fahmy. Despite seeing her designs every year, there's always something new and innovative to make you fall in love all over again. So, from the first day, we looked for her jewelry around the stars' necks or rings on their hands, until the star Hend Sabry and Tara Emad appeared on the second day of the festival, shining in them. 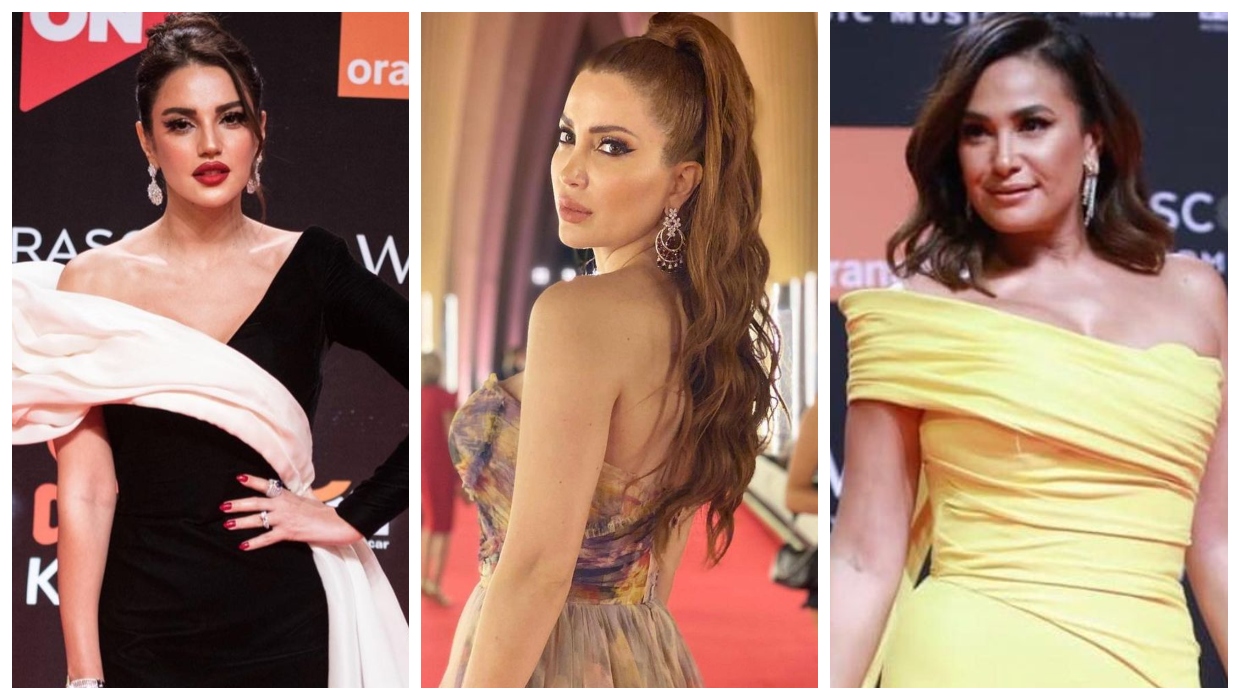 A red carpet means IRAM Jewelry. Their designs are very diverse and cater to a wide range of tastes, from those who prefer simplicity to those who prefer luxury pieces studded with stones. There can be no El Gouna Film Festival without IRAM's eye-catching jewelry dominating the majority of the stars. 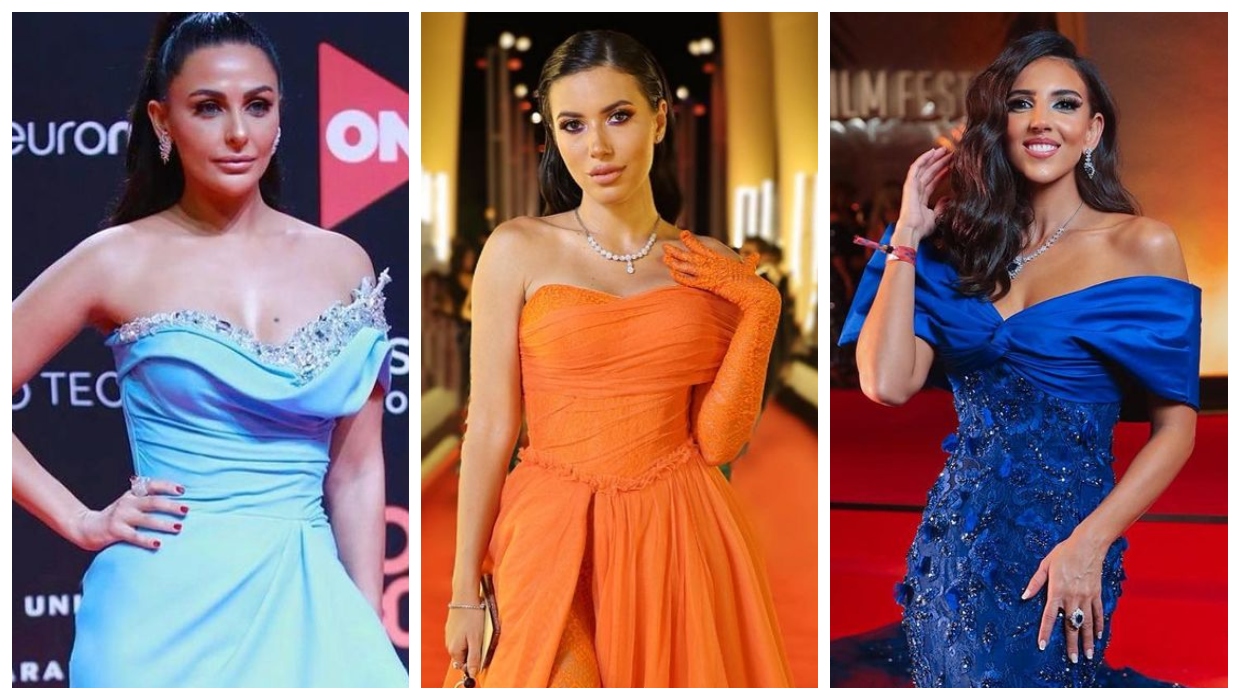 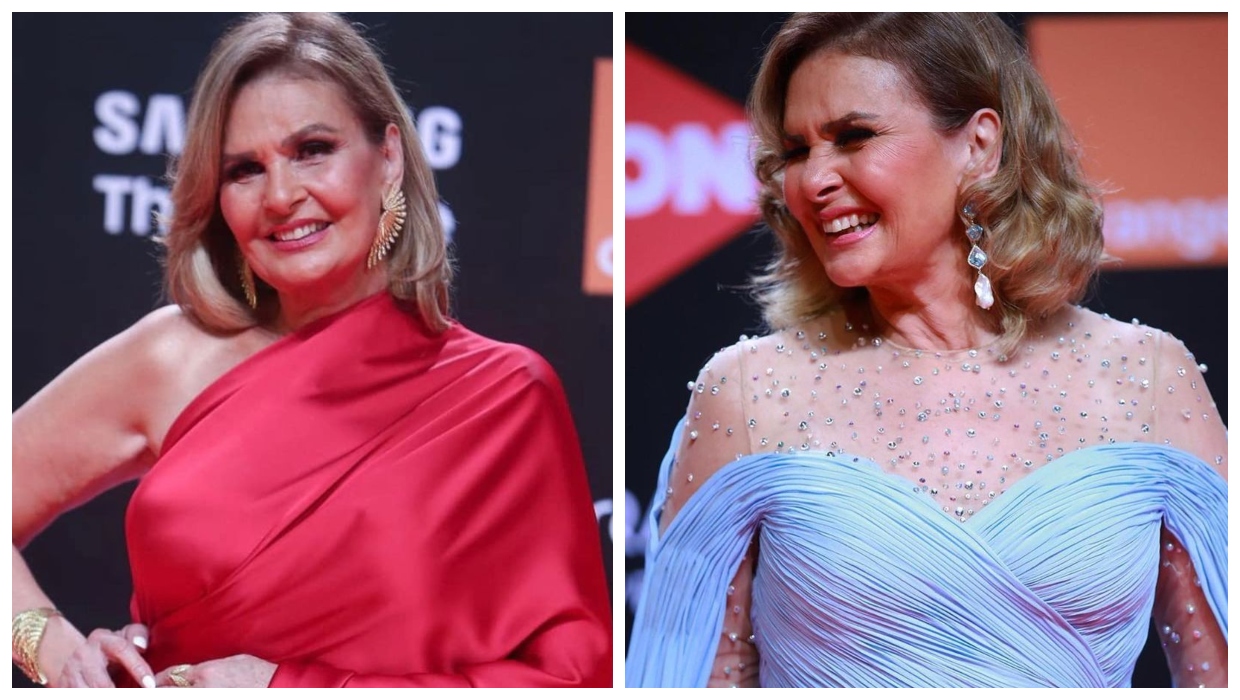 Yousra gleamed in jewelry by the well-known brand, Dima Jewelry. She looked stunning in blue topaz and pearl earrings at the opening ceremony. The next day, she appeared in Phoenix jewelry, and the profits went to a great cause, which made us love the brand even more for supporting burn victims.

Although there were few bags at the El Gouna Film Festival this year, some designers were able to get their designs on the red carpet, and some were even present for the first time. 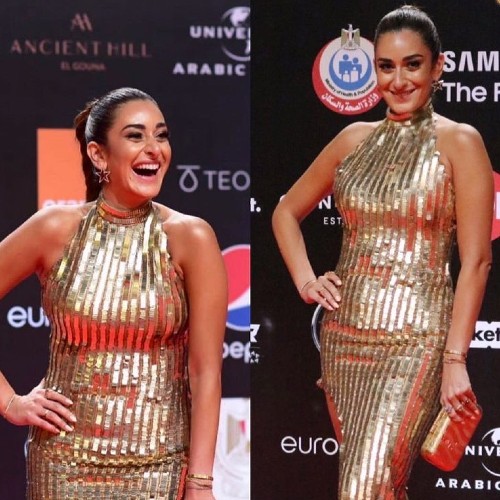 Of course, the red carpet would be incomplete without the famous Egyptian brand "Okhtein" bags. We are not exaggerating when we say that "Okhtein" has earned its own spot on the red carpet at festivals all over the world, not just El-Gouna. 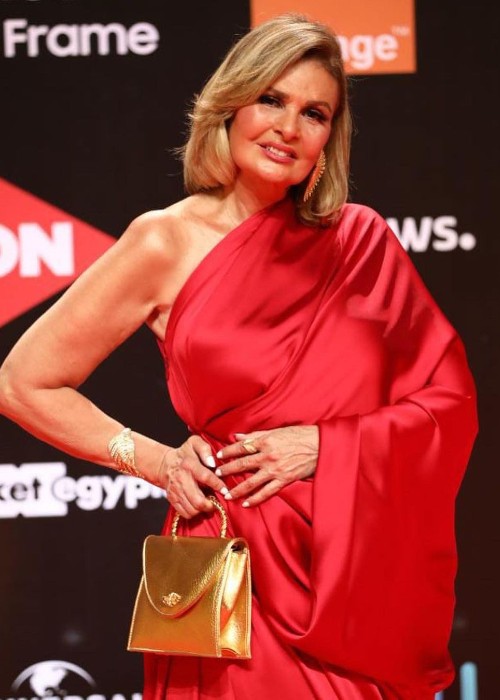 Every year, we are on the hunt to look for Egyptian brands that made their first appearance at the El Gouna Film Festival, and this year, George Sara & Co designs were on the red carpet. Yousra shined in one of the bags with an elegant and distinctive shape. 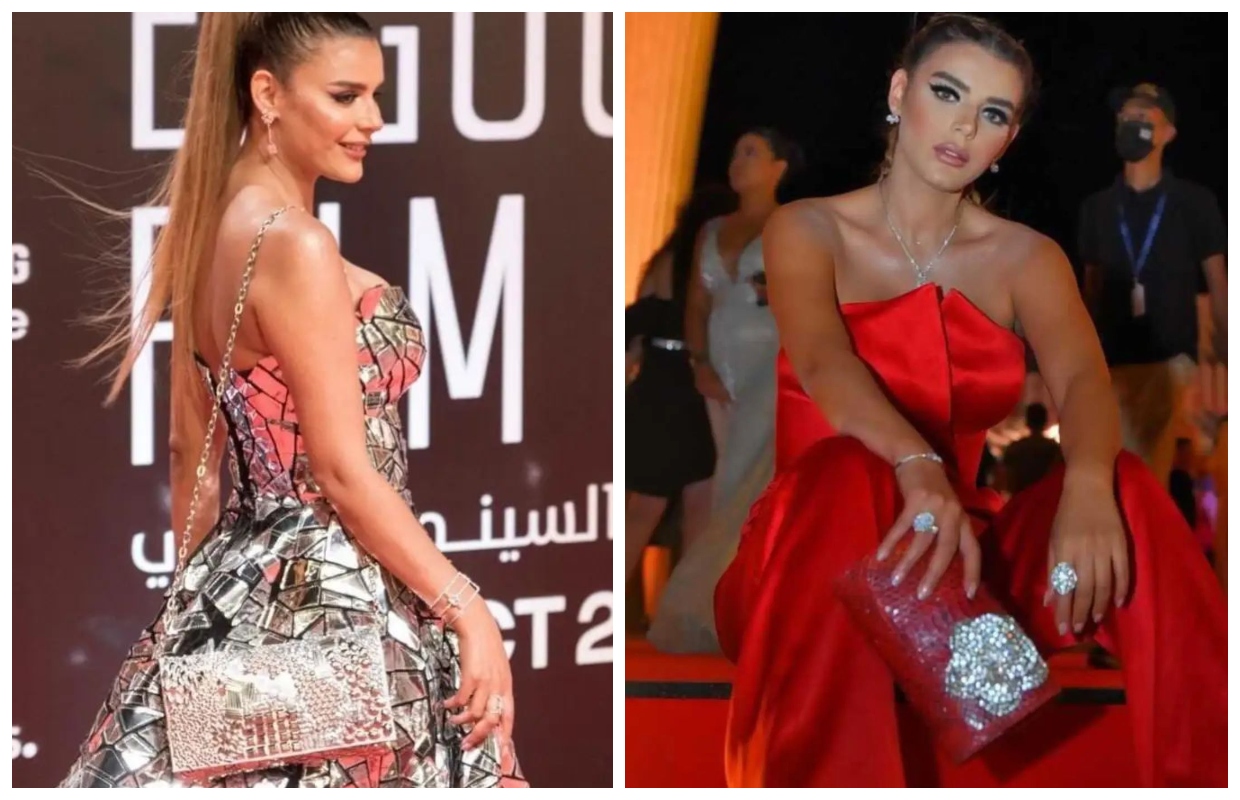 For the second year in a row, Omni's brand caught our attention. In the previous year, its bags appeared in the hands of Nardine Farag and Ghada Adel. And this year, Heba El-Sisi, a young artist, shone with her bags, all of which had a distinct and elegant shape.